Here are the absolute worst places on earth to be caught with weed.

Here are the absolute worst places on earth to be caught with weed.

“Cannabis is illegal in most countries,” reads an official Canada travel advisory warning citizens that if they happen to pack pot for their next foreign trip, the “Government of Canada cannot intervene on your behalf.”

Canada, South Africa and 10 American states may have legalized recreational pot, but the world is still a very dangerous place for pot smokers.

“Cannabis is illegal in most countries,” reads an official Canada travel advisory warning citizens that if they happen to pack pot for their next foreign trip, the “Government of Canada cannot intervene on your behalf.”

South Korea, for one, has even threatened to prosecute any of its citizens who happen to consume pot while visiting Canada. If that citizen happens to be a K-Pop star, they can probably expect to see their careers ruined.

But South Korea is still one of the more liberal places for cannabis in Asia, a continent where several countries are known to prescribe the death penalty for even minor trafficking.

Saudi Arabia routinely executes hashish dealers. In a country that beheads roughly 150 people a year, drug-related executions make up 40 per cent of those. While many of those are for harsher drugs such as heroin, cannabis-related killings are not unknown.

In 2014, the kingdom beheaded four men accused of smuggling “large quantities of cannabis.”

Personal-use possession is punished much more lightly. If a first offender is caught with a joint, they may get off with a lashing or a two-year prison term.

According to Amnesty International, Saudi Arabia is one of four countries known to have executed drug criminals in recent years. The others are Iran, China and Singapore, with drug executions possibly occurring in Vietnam and Malaysia.

Iran, the Middle East’s other Islamic theocracy, has as many as 5,000 people on death row for drug offences. They also prescribe up to 80 lashes for anyone caught with alcohol.

However, personal use possession of marijuana is largely ignored, which according to the New York Times is making cannabis a growing drug of choice in the Islamic Republic.

Still, Iran continues to enthusiastically execute cannabis dealers, with some caveats. Previously, one could qualify for the gallows with as little as five kilograms of weed. Now, that’s been raised to 50 kg. 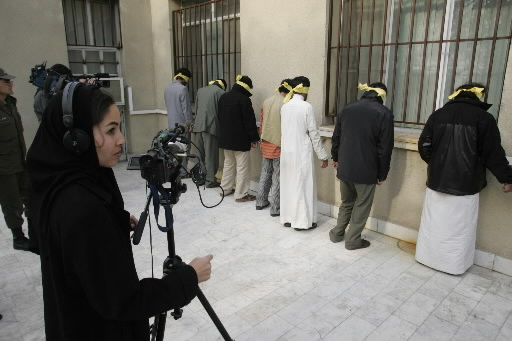 China similarly reserves executions for drug traffickers, such as Canadian Robert Schellenberg, who currently faces the death penalty on a charge of smuggling 200 kg of meth.

For mere pot users, strict prison terms are imposed. In 2014, Jackie Chan’s son Jaycee spent six months in jail after being caught with 100 grams of cannabis. The Chinese government may also ban any music or film featuring an actor who has been caught with drugs.

The harshest cannabis prosecutor of all, however, is likely Singapore, a country famous for its strict sentences, including canings for vandals and steep fines for failing to flush a public toilet.

Singapore courts may hand the death penalty to anyone caught with more than 500 grams of cannabis; amounting to roughly 1,000 joints. This happened as recently as 2016, when a Nigerian named Chijioke Obioha was hanged for possessing 2.6 kilograms.

As the case of Obioha illustrates, Singapore also does not shy from punishing foreigners. This is in contrast to the likes of Saudi Arabia or China, which are more inclined to simply deport foreign nationals caught with a few grams of weed. In fact, Singapore doesn’t even need evidence of drug possession to jail a foreigner. The wealthy island nation appears to be the world’s only country that will administer drug tests to visiting foreign nationals and then arrest anyone who fails.

The consequence for Canadians is that they could visit Singapore only a few weeks after a legal pot brownie and find themselves in police custody.

Custom officers can request a drug test at the point of entry to #Singapore. If you test positive for drugs, you can be arrested and prosecuted, even if the drugs were consumed prior to your arrival in the country. https://t.co/abesNz8fQv