A clear front in the war against opioid addiction is being established by cannabis.

There are less opioid prescriptions on average in U.S. states where medical and recreational marijuana are legal, research has revealed.

Access to recreational cannabis in the U.S. was tied with a 11.8 percent lower rate of opioids prescriptions each day, and 4.2 percent for medical marijuana. The authors of the paper published in the Journal of Health Economics said recreational weed laws could make it easier for patients to access the drug, and use it to treat pain and other conditions.

Both types of law also appeared to cut down the total number of patients receiving opioids, as well as the total days opioids were supplied, and the likelihood of a healthcare provider prescribing the painkillers. The study also showed family physicians gave out more opioids than any other healthcare speciality, such as dentists or nurses.

The authors looked at data on over 1.5 billion individual opioid prescriptions between 2011 and 2018, representing around 90 percent of all of this type of drug given out over the time period. 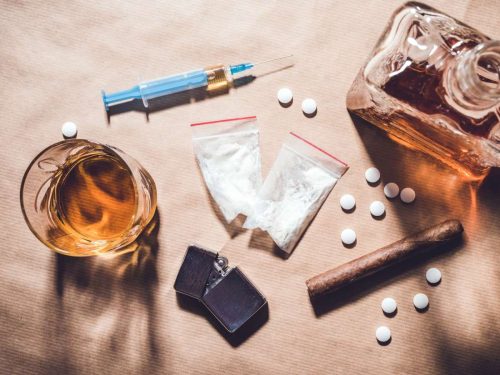 The research comes amid the opioid overdose epidemic in the U.S., which kills 130 Americans every day according to the U.S. Centers for Disease Control and Prevention.

“Cannabis access laws could be a useful tool in combatting the prescription opioid epidemic,” the researchers wrote.

“While state governments have enacted various policies to curtail opioid prescriptions, e.g., prescription drug monitoring programs, many of these policies simply limit access to opioids and may push individuals already dependent on prescription opioids to more dangerous drugs, such as heroin,” they said.

The researchers said the study was limited because they did not have access to data on patients because of confidentiality, meaning they couldn’t look for patterns of problematic patterns of opioid prescription. They also couldn’t examine which conditions the painkillers were given for.

Ian Hamilton, an expert in drug use and mental health at the Department of Health Sciences at the U.K.’s University of York who did not work on the research, told Newsweek the study builds on others exploring the impact of opening up access to cannabis on opiate prescribing, but using a larger data set and more sophisticated analyses. 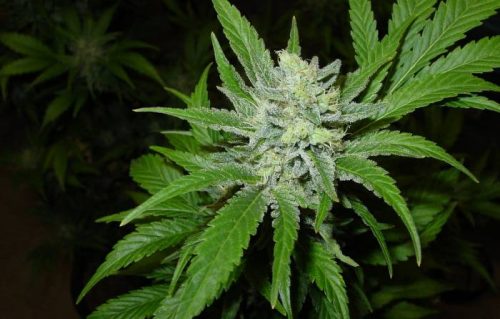 “The main problem with this study is that it doesn’t take into account the efforts made by many states and prescribers at reducing opiate prescriptions in light of the record numbers overdosing on opiates,” said Hamilton.

“Over the last few years awareness of inappropriate opiate prescribing has increased, so it could be that some of the reduction in opiate prescriptions is due to concern by doctors and healthcare providers rather than individuals switching to cannabis,” he argued.

Hamilton cautioned that as the awareness of cannabis products has increased in recent years, so have the claims about its health benefits—despite some being untested.

He said: “The problem with switching to cannabis is that there is very limited research so far to suggest that it is beneficial for anything other than a few minor health problems.

“That may change as evidence emerges but as it stands some people could be disappointed with the results of using cannabis and may risk their health deteriorating if they delay obtaining the right treatment,” Hamilton said.

Earlier this year, a separate team of researchers pinpointed a different way that cannabis could help tackle the opioid crisis. Cannabidiol (CBD), a non-psychoactive chemical in marijuana, was found to ease the cravings and anxiety associated with giving up heroin in former addicts. It also appeared to lessen signs of stress, such as an increased heart rate and levels of the stress hormone cortisol. The findings were published in The American Journal of Psychiatry.

About the Author: Steve